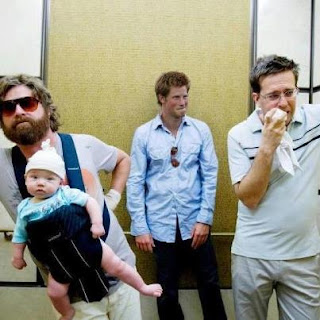 Well, when Mars enters Scorpio, we always expect some sort of sexual innuendo. We've had Pussy Riot and now we have a Royal's hairy arsehole and barely covered crown jewels on the front page of the Sun. Turn the front page over and some desperate girl's tits will be poking your eye out. And guess what else? Today the Sun and Neptune are in opposition! Such a scandal! Happy Hangover Harry (or is that Henry?)!!


To celebrate scandals, here's a very special Mars' Ingress into Scorpio with a touch of Neptune joke for cheeky (geddit?) chappies everywhere:
It's the spring of 1957 and Bobby goes to pick up his date.

He's a pretty hip guy with his own car. When he goes to the front door, the girl father answers and invites him in.
"Carrie's not ready yet, so sit down for a mo?" he says. "That's really cool,” says Bobby.
Carrie's father asks Bobby what they are planning to do. Bobby replies politely that they may go to the soda shop or a movie.
Carrie's father responds, "Why don't you two go out and screw? I hear all the kids are doing it." Naturally this comes as quite a surprise to Bobby, so he asks Carrie's Dad to repeat it.
"Yeah," says Carrie's father, "Carrie really likes to screw, she'll screw all night if she gets a chance!"
Well this made Bobby's eyes light up, and he immediately revised his plans for the evening. A few minutes later, Carrie comes downstairs in her little poodle skirt and announces that she's ready to go. Almost breathless with anticipation, Bobby escorts his date out of the front door.
About 20 minutes later, a thoroughly disheveled Carrie rushes back into the house, slams the door behind her, and screams at her father,"DAMMIT DADDY! THE TWIST!! IT'S CALLED THE TWIST!!!!" 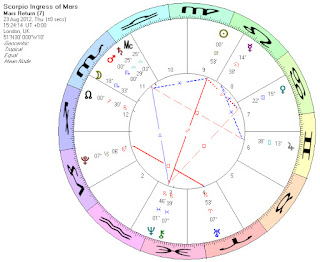 Posted by Alex Trenoweth at 17:48 No comments: 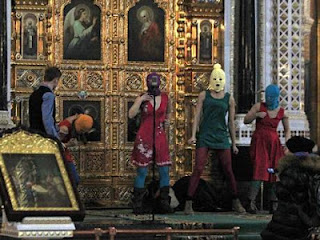 Just as Jupiter is conjunct Vesta in Gemini, three members of the punk band "Pussy Riot" have been  found guilty of "hooliganism". Back in February, they had been accused of being motivated by religious hatred for imploring the Virgin Mary to get rid of President Vladamir Putin in a Russion church.

A few months ago, I had written about the newly reclassified planet, Vesta here. I had associated Vesta with female power and in particular virginity. We are only just starting to comprehend how Vesta can manifest in our charts so incidents like the Pussy Riot case can aid our understanding.

Jupiter, of course, describes our religious views, our quest for freedom and our political stance. Along with the loaded sexual innuendo of their band name, Vesta brings an element of "girl power" to the cosmic mix. The women of the group have been campaigning for women's rights, political freedom and reformation of the political system.

At the announcement of their guilt, Saturn and Mars in Libra make an uncomfortable sesquiquadrate aspect to Jupiter and Vesta. In her book, "The Eagle and the Lark," Bernadette Brady describes the sesquiquadrate aspect as "frustration of action that eventually leads to a delayed achievement". Pussy Riot have had support from several big names in the music world and I think I can safely predict we have not heard the last of these strong young women!

Today I also found out my Australian astro buddy Jessica Adams will feature my article on Vesta on The Astrology Show! And just when I was about to re-adjust my Solar Fire settings so Vesta was no longer in the charts I was calculating. I think I'll leave things alone for awhile. . . 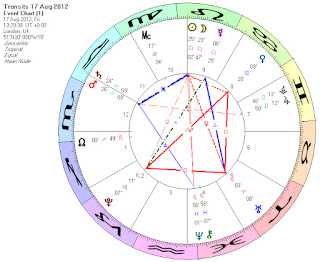 Go Vesta!
Posted by Alex Trenoweth at 15:00 No comments: