It's been a hectic but exhilarating week. I feel like I really belong and I'm doing something I've always wanted to do. No doubt this is because my Sun is conjunct my MC here in Kolkata: for the first time in my life, I have my own office, executive desk and a driver (!).  It's all been pretty intense with the conference just under two months away.

But that doesn't mean there isn't time for fun!

I was greeted at the airport by my new office mates and taken to my new home. I'm happy to report that even though I travelled during Mercury Retrograde and a Super Full Moon, I had no problems whatsoever. So there!

Gopal Bhattacharjee and his lovely wife Churni (who I haven't seen in nearly two years) and I had a fabulous dinner and got caught up with all our news. It's amazing how Gopal and I have very similar views about bringing the two zodiacs together. Both of us passionately believe that the only way to address "the big question" in astrology is by talking about it. And the best way to talk about it is at an astrology conference!

As we were musing about this (at 3am!), we drove over a bridge and I suddenly got a bright idea.

"Stop!" I shouted. One of the many things Gopal and I agree about is that we are building bridges, not walls. We needed a photo of us on that bridge.

We stopped and piled out and Gopal and I posed for this photo. So there you have it: East meeting West on a bridge (at 3am)!

One of my tasks here is to design a Western Astrology course for Jyotish students and boy, did Gopal ever do well with getting a professional teacher to do this task. I developed a curriculum, designed the prospectus, did the lesson plans, assembled the resources and delivered my very first class all in the first week. Super exciting times.

Being introduced to a new astrological perspective can be something that can be a little frightening. I clearly recall the moment I had my tropical chart converted to a sidereal one. I was at an Indian restaurant with a group of Jyotish astrologers and I walked through the door and into the meeting with a plate of food, declaring that I just couldn't possibly be a Taurus rising! These days I'm far more happy with my sidereal ascendant because it is in the Nakshatra of Rohini. In Indian lore, Rohini was the favourite wife of Soma (a Moon deity) whose other 26 wives got a little jealous. They conspired to have a curse put on Soma but changed their minds. The curse was pulled back but Soma did not escape completely so he now waxes and wanes. The star of Rohini Nakshatra is Aldebaran which is said to bring riches and honours. And one of its symbols is a Banyan tree! In the UK, it's kind of fashionable to name classes after trees and I have taught a few "Banyan Tree" classes! It just seems so synchronous!

The ascendant of a horoscope is the starting point and to convert a tropical chart to a sidereal one means subtracting about 23 degrees off of the absolute longitude of every planet. So a lot of planets are likely to change signs and therefore rulers. My final exam question will ask my pupils to explain and justify which zodiac they think suits them. I can hardly wait to see what they have to say!

The best part of teaching is that I'm also learning alongside of my students. Oh and we don't wear shoes indoors! I couldn't resist taking a photo of our shoes:

I usually get a little nervous teaching adults because they are so quiet, but these guys really are the creme de la creme. They are all preparing to compete for a place to speak at the conference--a tradition of Krishnamurti Institute of Astrology since it began nearly a Saturn cycle ago. I LOVE this idea of creating opportunities for new astrologers. There are also writing competitions for their magazine that is distributed to 20,000 people. Yes! 20,000 people!! It's a huge honour for them and it's no wonder so many prizes are given out each year.

Gopal, Churni and I also checked out the conference venue. I've been to this particular hotel before but I didn't realise it had so many lecture rooms. And by "lecture rooms" I mean HUGE lecture rooms! Check this out:

This is one of the "smaller" rooms!! I keep telling Western astrologers to be prepared to speak to a huge crowd here in India. Even at the bigger conferences in the US, there is just no comparison to what it's like in India! And the luxury! It's just so mind blowing! And the food? I'm not much a sweets person but not even I can resist the Kolkata specialty Rasgulla! Like a lot of things, the outside appearance can be very deceiving: buildings that look like factories are so elegant and beautiful inside and desserts that look bland and uninteresting can explode with flavour.

Rasgulla. Have it! And register for the conference here 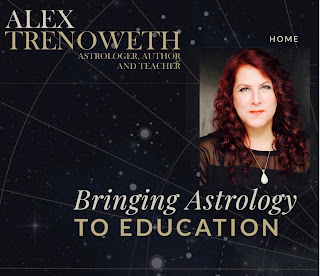 This seems a little trivial given all the other stuff that's happening but  have a new website. Check it out. It really is the BOMB!! And all the lovely testimonials from astrologers around the world about my re-published book (The Wessex Astrologer darling) are there too. Don't forget to sign up for my newsletter so you can keep up with all these developments happening in India!
And there's LOTS to keep up with in India!

I'll sign off with the ad that's going to go in an awful lot of newspapers. We're so excited to be leading the call for astrologers to focus on what we have in common (a love of the sky) rather than how we a re different. There's so much to learn from each other! And thank the gods that be for a decent photo of yours truly!

By the way I'm learning to speak Bengali! In London, I have many, many pupils who speak Bengali and I'm looking forward to seeing their faces when I speak their language! 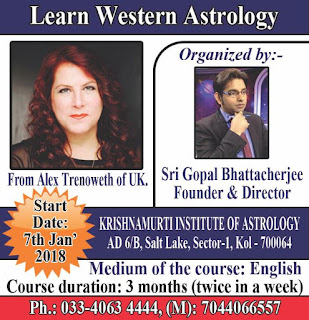 Thanks for sharing about your India trip. Glad to know that you are teaching astrology there. Keep sharing your experience from there.